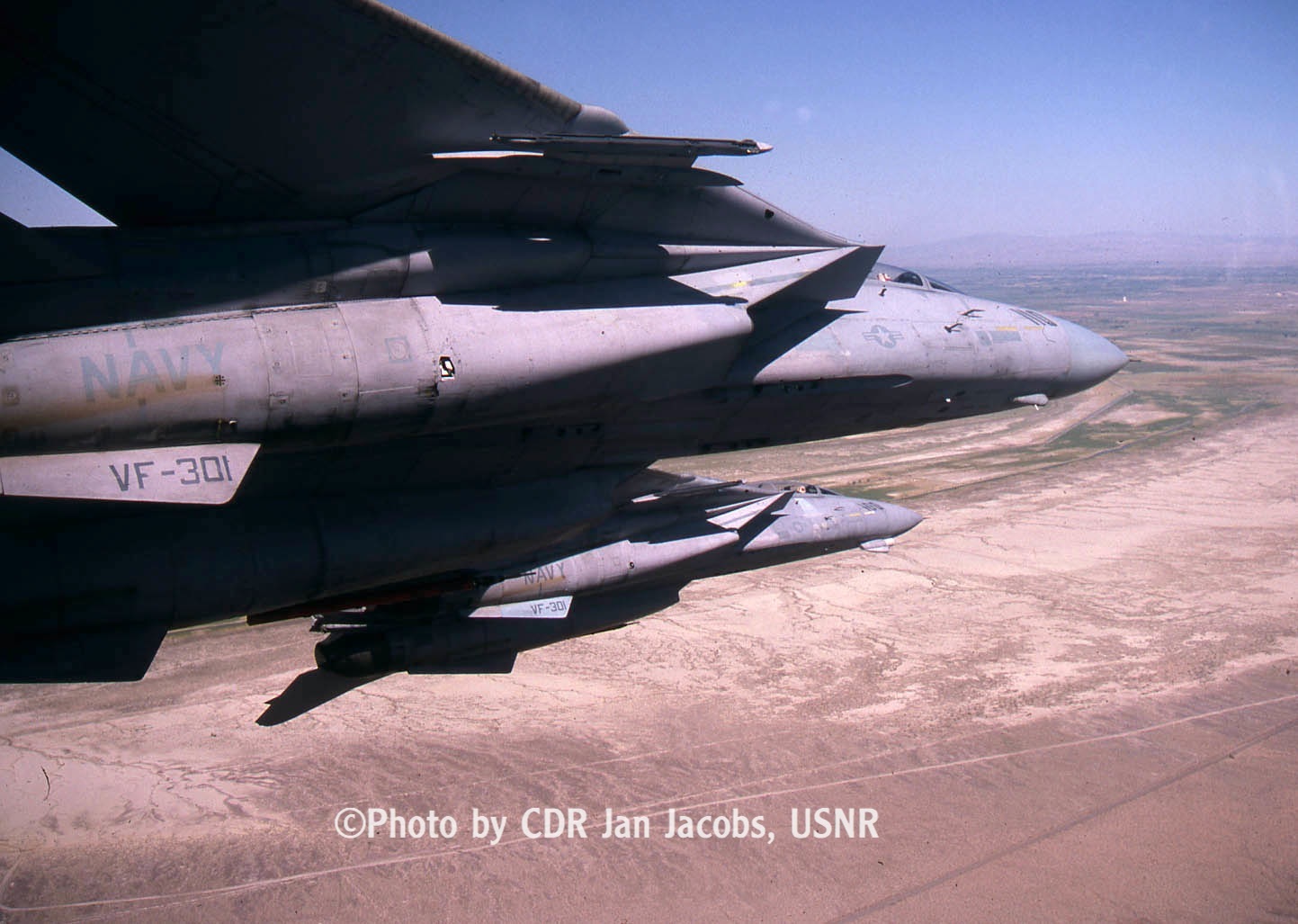 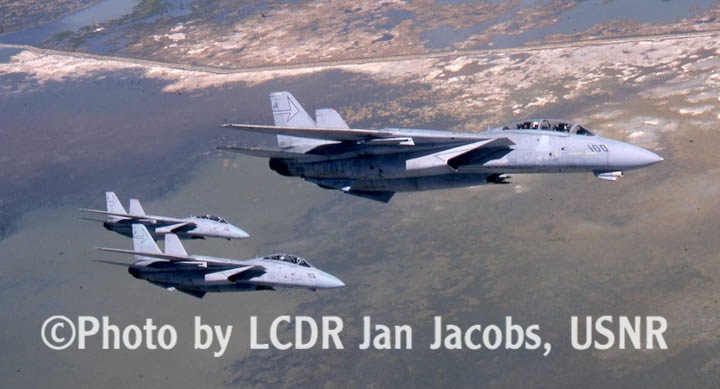 Holding overhead NAS Fallon prior to entering the break for landing, summer 1987. 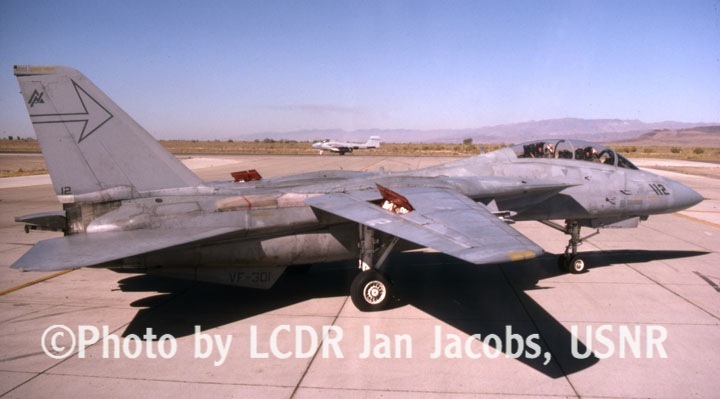 Holding short for takeoff at NAS Fallon. A VAQ-309 EA-6A takes off in the backgrund, summer 1987. 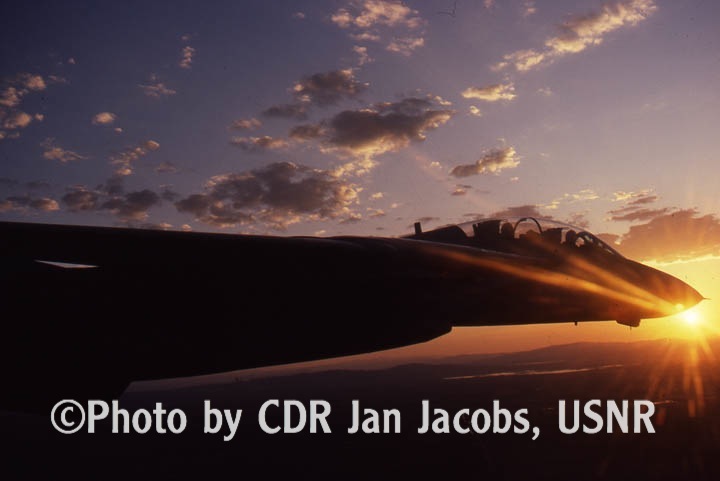 Coming into the break at NAS Fallon at sunset, summer 1987.

Approaching the initial for the break at NAS Fallon, summer 1987. 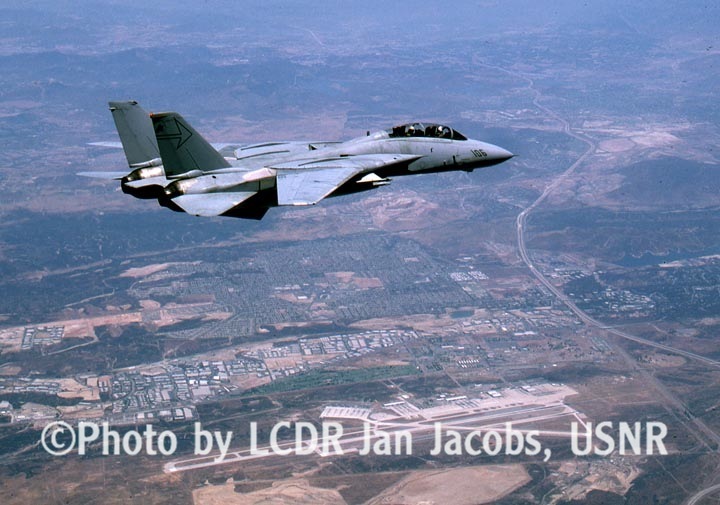 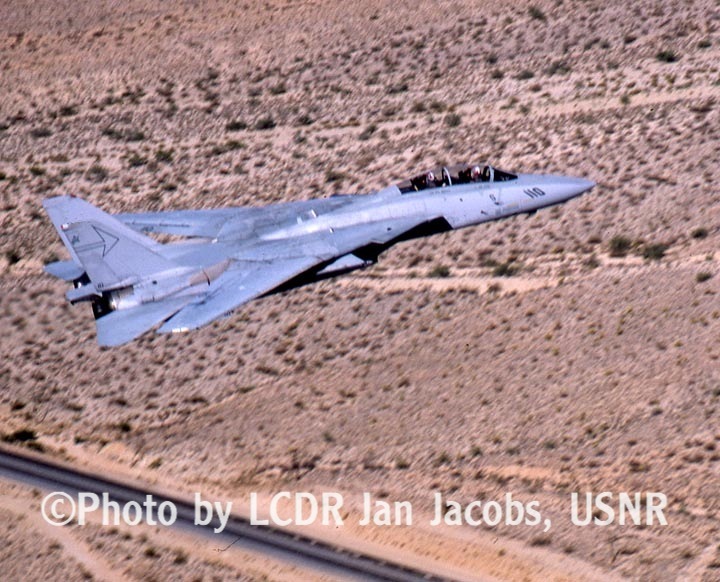 On a low-level navigation route in Eastern California, circa 1986. 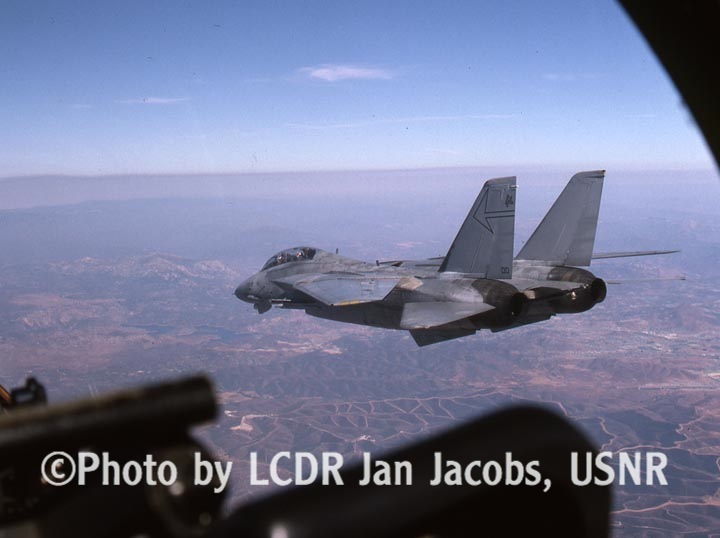 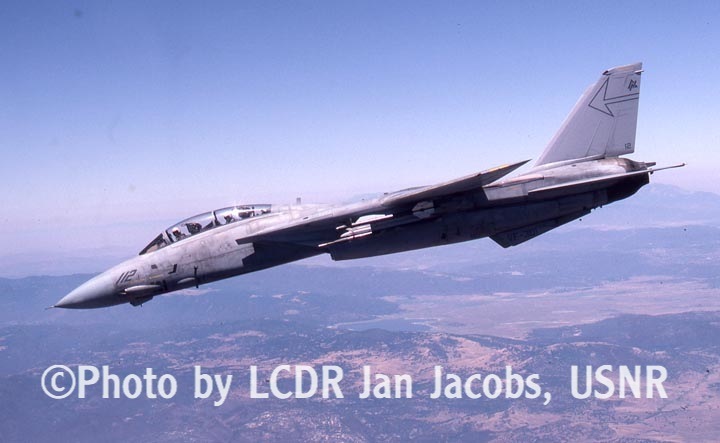 Returning to NAS Miramar from a training flight over the Eastern California desert. Lake Henshaw in the background.

In the break overhead NAS Miramar. 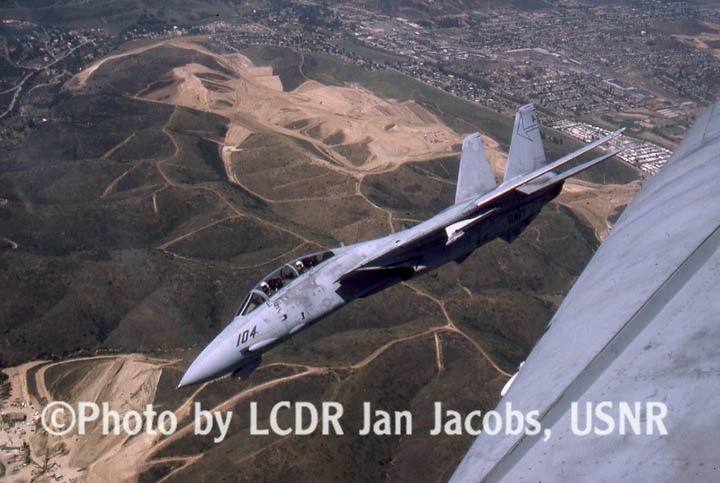 Making the right-hand turn over the initial approach point called “Atlas” inbound to NAS Miramar. The city of Poway in the background. 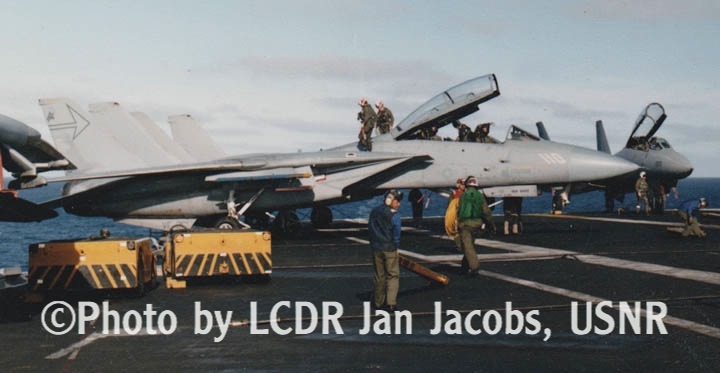 On board USS Ranger for a two-week active duty for training cruise, January 1986. 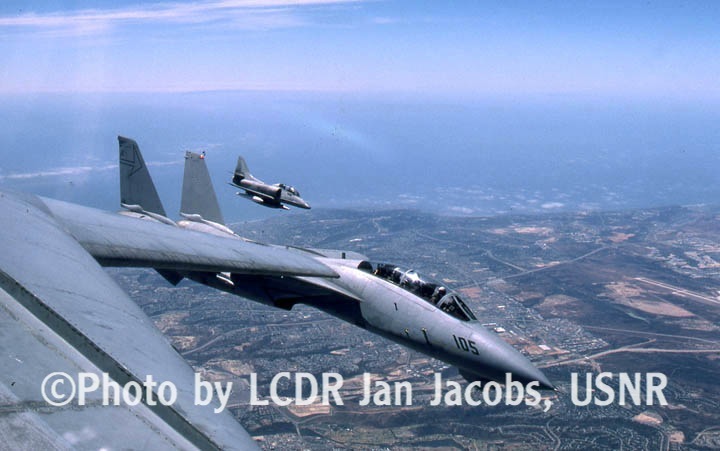 A flight of VF-301 Tomcats and a VC-13 TA-4J Skyhawk return to NAS Miramar after an Air Combat Maneuvering flight over the Paciflc. 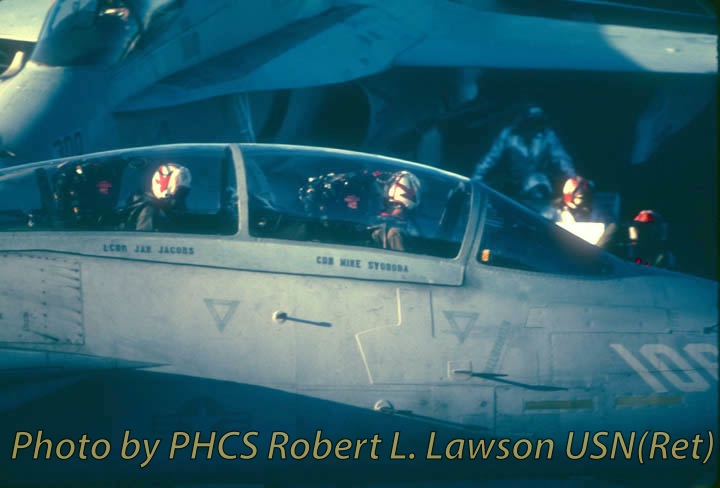 Mike Svoboda and I taxi to the catapult on board USS Ranger, January 1986. The names on the canopy rail matched the crew (for once). 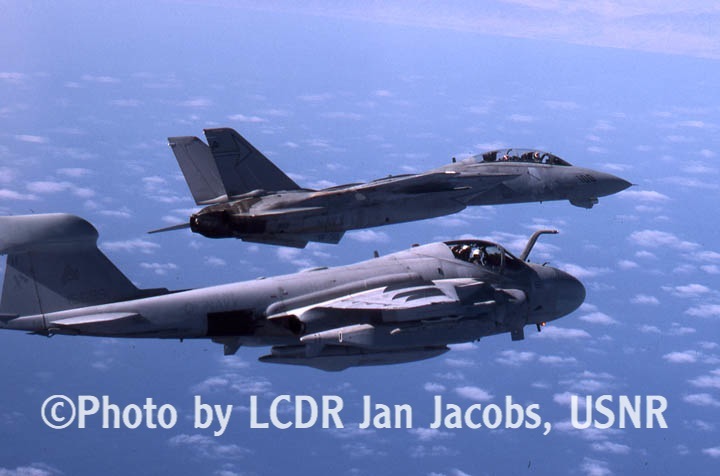 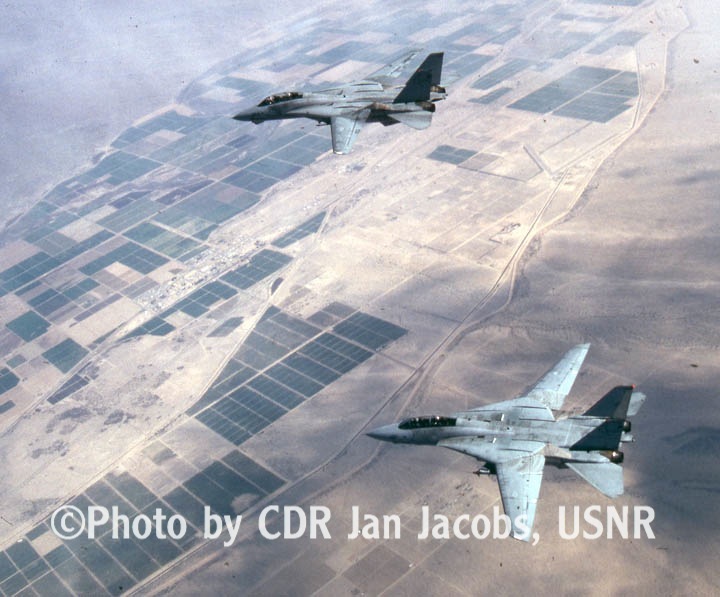 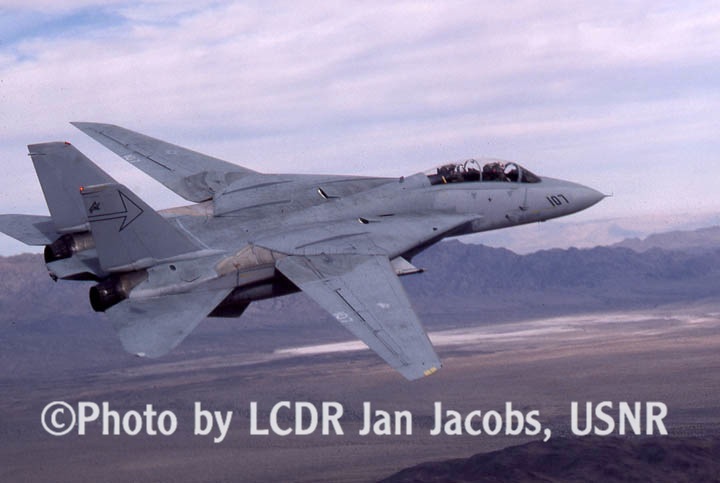 On a low-level training flight over the Eastern California desert. 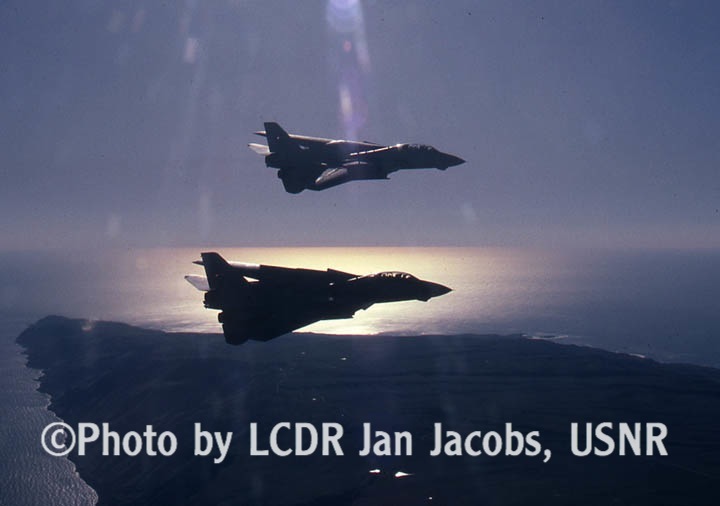 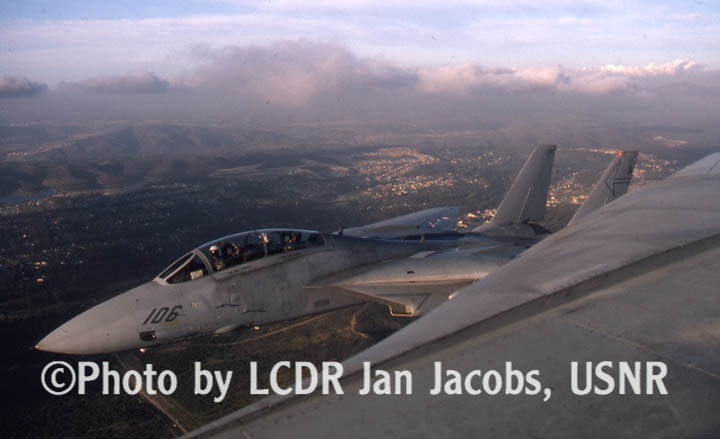 Approaching the break at NAS Miramar. 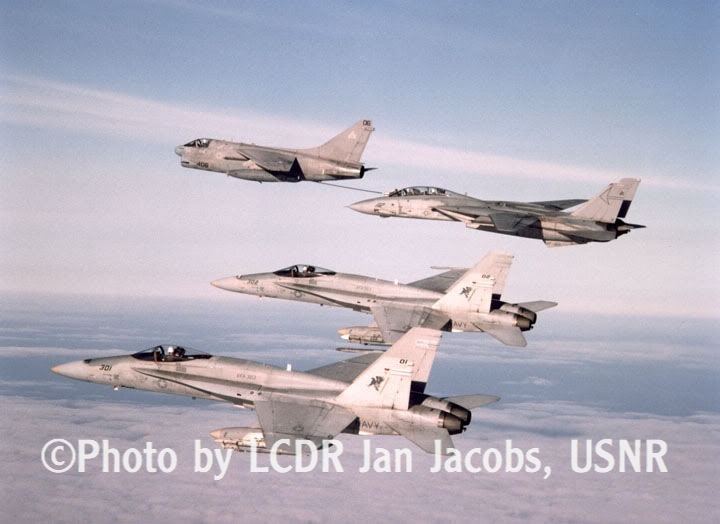 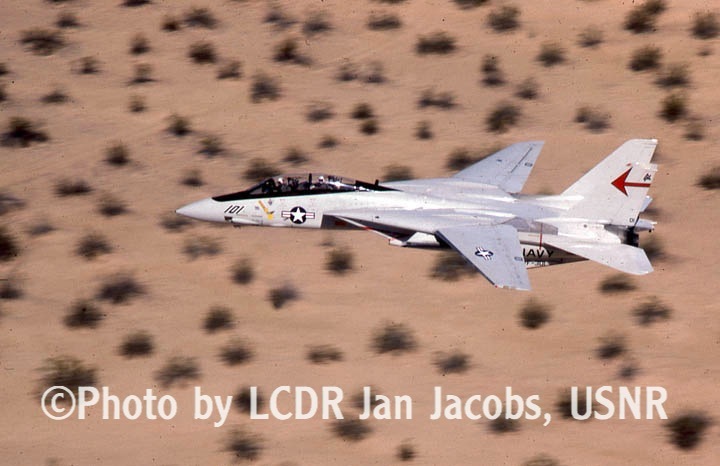 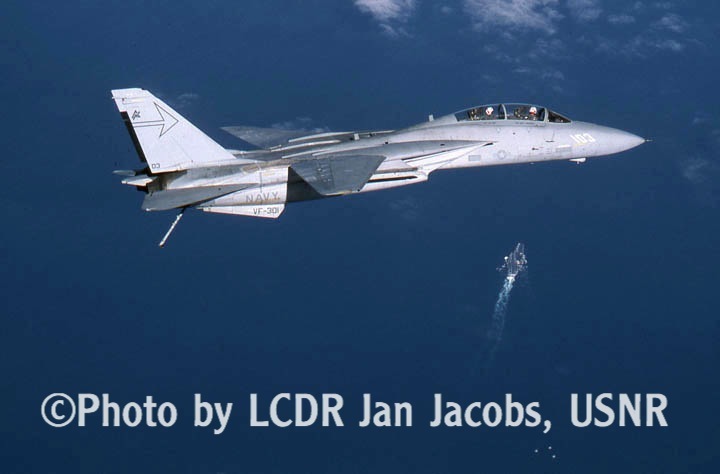 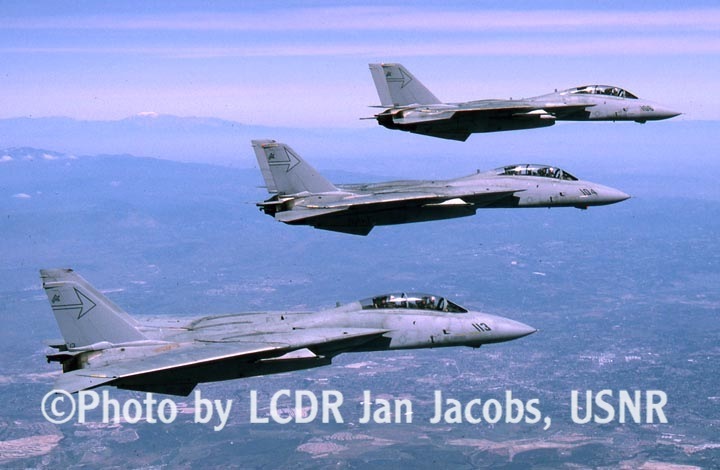 A flight of VF-301 Tomcats execute a rare eastbound departure out of NAS Miramar due to Santa Ana wind conditions (easterly winds instead of the usual westerly winds). 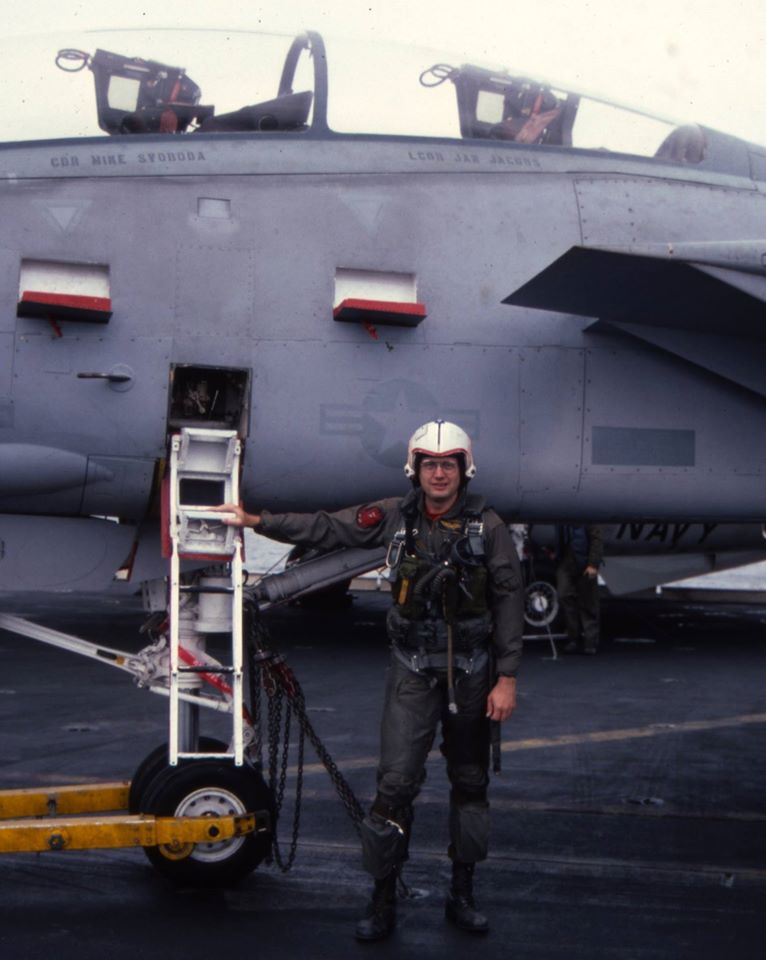 On board USS Ranger (CV-61), 2-week Active Duty for Training with VF-301 and CVWR-30 in January 1986. Mike Svoboda and I went flying that day in the aircraft with our names on it, a fairly rare occurrence, especially in the Reserves.